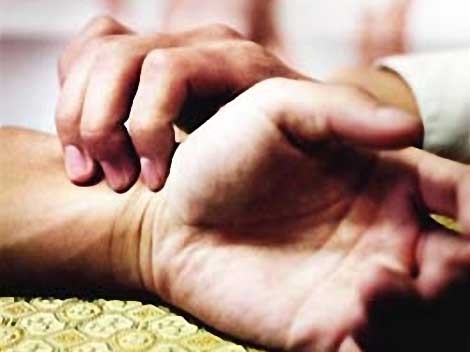 It is no news that alternative medicine is gaining its popularity all over the world. Does this mean that traditional medicine has lost its power? Not at all. We all know that life expectancy has creased several times over the last hundred years or and many dangerous diseases have disappeared and of course the great success of surgery – all these speaks only in favor of the official methods of the struggle for life and human health. But it is interesting that not all doctors have denied alternative treatments, but instead increased the power of their treatment by making a complex of measures to improve the health of the population.

For example herbal treatment. Therapists, urologists, neurologists and many other specialists prescribe herbal pain reliever that strengthens blood vessels, etc. One should know that Chinese herbs are used at the first stage of the illness. In all other cases, western experts highly recommend not to get involved with herbs. A person who has been suffering from the disease for years will have no result. Therefore, the effect of herbal teas and medicines can be harmful for the body, such as cancer, since chemotherapy does not tolerate any intervention from outside or whatever is said by herbalists. Nevertheless, more and more people go to China when they find out they have cancer and believe it or not they get rid of it without chemo. Drinking herbs, eating right food and meditating somehow help people and by now there are too many cases of such miracles to deny it.

Gradually, such therapies as acupuncture help us restore muscle tone, improve cerebral circulation and the nervous system. Other diseases, particularly those associated with damage to internal organs are said to have no effect after acupuncture, despite numerous protests of Chinese medicine experts. According to modern medicine these treatments are not aimed for all patients. Secondly, any sensible person would hardly believe that there is a connection among the point in an ear and the point of kidneys or liver. But no one can deny that there are thousands positive effects of such procedures when people become healthier, more energetic. Traditional medicine claims it to be a result of self-suggestion that anyway proves the result of successful treatment of TCM.

Western medicine says TCM patients are simply interested in alternative medicine because they are looking for a miracle. It may be so, when we are sick, we are eager to believe anything to become healthy. The one thing that is clear is that Chinese have lived long before European and western medicine and somehow they are still alive. All of them acknowledge that traditional medicine can help with a disease but not reduce the entire problem.

TCM claims that once one organ is sick – it means that there is a problem in entire body. They believe that we all have Qui energy that circulates through entire body and once it meets a block, we get sick. So to be healthy we would have to keep our bodies and minds open. It concerns everything: starting with a diet and ending with medication.

In any case we understand that different methods are aimed for different people, at the end of a day it doesn’t matter which treatment helped you if you are healthy.