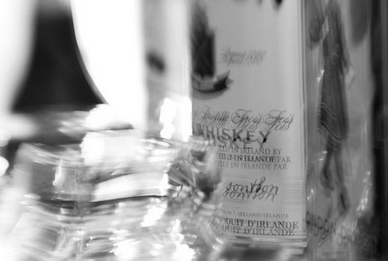 The fact that the legalities surrounding drugs and alcohol alter so much between regions means that it comes as no surprise to see so many different myths about the substances. Some focus on their health implications, others on their social ones. Suffice to say, there are some which have become “public knowledge” – even though they are completely false.

To highlight just how exaggerated this industry really is, we’ve found some of the best examples of these myths. Read on to be corrected on just how drugs and alcohol are misrepresented in day-to-day discussions.

Myth #1 – Everything is hunky dory if you are prescribed something

This is perhaps one of the most common, yet dangerous, myths around. The general consensus is that a drug addict only relies on products bought “from the street”. Unfortunately, this couldn’t be further from the truth and it doesn’t matter what form your medication arrives in – you can still be an addict.

A lot of people are prescribed medication, only to develop a reliance on the products and become addicted this way. These people can be your “Average Joe” so to speak, someone that wouldn’t appear to be a “junky”. Even though they are obtaining their drugs from a legit source, what often happens is that they turn to the internet to boost their supply and become even more addicted.

Myth #2 – All drug addicts and alcoholics are unemployed, single and just stereotyped

The last myth rolls perfectly into this one; what does the typical drug addict look like? Again, there are a lot of preconceptions about this – most people think that they are general lowlife who shouldn’t be allowed to step foot in society. This probably hasn’t been helped by the media and Hollywood, but it’s now worth clarifying again that absolutely anyone can develop a reliance on drugs and alcohol.

Whether it’s your millionaire lawyer (has anyone seen the Wolf of Wall Street – here is an example of the “other” side of drug use), or the mother-of-three who seems to have the perfect family life – don’t think it can’t happen to you. It can.

Myth #3 – Black coffee is the savior for all drunks

We’ve picked black coffee out here, but there are in fact multiple stereotypical saviors to drinking that a lot of us like to pick out. Some people say cold showers, others suggest working up a sweat. The point we’re trying to make is that there is absolutely nothing that will pull you out of your drunken state. The only thing that will work is time, and even this varies depending on your circumstances.

Being intoxicated isn’t a state that you can consciously pull yourself in and out of, once you’ve reached a point, you’ve only got time to pull you back.

Myth #4 – Natural medication is completely safe to use

Another dangerous misconception, this time regarding the natural drugs that can be obtained. While cannabis and various other natural highs are the obvious choices, there are countless others that grow in the ground and are therefore seen as much safer to use.

The fact is that all drugs have side effects, and the origin isn’t going to make much of a difference if you overindulge. Admittedly, synthetic versions do have a lot more horror stories associated with them, but don’t think you can get away with going overboard just because a product is classed as natural.

We’ll end the article on a positive note. While there are many myths and misconceptions, as discussed, there is also a legitimate way out for those who find themselves trapped in a vicious cycle of drugs and alcohol. Visiting a rehab center is not just for celebrities stuggling to cope with fame. Anyone can go and get the help they need, whether by one-on-one treatment, or as part of a group therapy session. There are affordable options out there which make this a viable option for anyone who needs help.