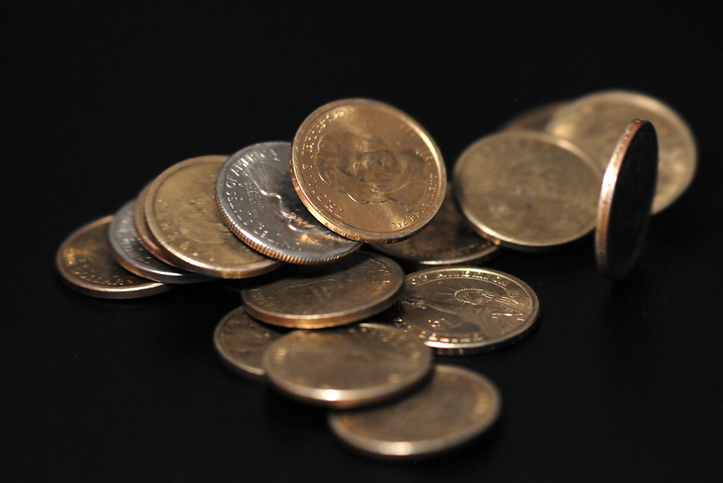 On the surface, most guys don’t appear to be complex creatures. Most days, we really just want a 12-pack of brews in the fridge, a high-octane football game on the T.V., and maybe some Tom Waits growling it up on the stereo. But deep down, there’s much more at work.

Although it’s against the bro code to admit it, many of us secretly nurse enough anxieties and repressed emotions to make Freud raise one of his bushy eyebrows in interest. Life is a highly uncertain thing, after all, and it’s more than enough to inspire a few fears, even in the most stalwart of gentlemen. Here, then, are a few of the things athat men fear worse than death.

It’s a simple fact that men tend to obsess over the amount of money they make. This isn’t necessarily an impulse that’s motivated by greed. Rather, it’s more because men are ape-like in their desire to compete with other men for status. There’s a biochemical impulse that tells us we need to be more dominant than our fellow dudes, and in a capitalistic society, wealth tends to be a fairly convenient and quantifiable measure of one’s dominance.

This isn’t to say that that desire to make money is completely without its altruistic value. A good part of this behavior can be attributed to the fact that men are hard-wired by evolution to act as providers. Whether they know it or not, their desire to make more money is based on a primal urge to create a nest egg for a family (whether real or imagined). It’s enough to keep a guy awake at night doing all kinds of useless monetary calculations.

Being Called a Weakling (or Becoming One)

No man really wants to be weak, and even if they are, they certainly wouldn’t want others to know they’re a weakling. This is a fear that’s tied in a large part to the aforementioned desire to compete with other men, and it’s also tied to the latter biological imperative to being a provider. Without physical power and prowess, a man is at a distinct disadvantage in both things.

At a deeper level, though, it’s also tied to a basic fear of getting old. Strength and vigor are, by far, more valued by men than they are by women. Watching these things diminish as time passes is tantamount to watching one’s entire manhood slip away in front of their eyes. According to a survey by the American Geriatrics Society, 90% of the men included in the study said that feeling weak was among the most feared parts of growing old.

Without a doubt, men are more concerned about their sexual performance than women tend to be. This isn’t necessarily surprising news — according to an article published by Psychology Today, a study by Ohio State University at Mansfield found that men reported thinking about sex more frequently than women did.

Impotence and erectile dysfunction, interestingly, were more scary to men than cancer according to some polls. Ironically, however, the two seem to be linked. Prostate cancer survivors, for instance, often have to undergo erectile dysfunction treatments to regain their former vigor in bed. Men who experience these problems are also more likely to be suffering from high cholesterol and heart disease.

Retiring into Irrelevance (Particularly Without Accomplishing Anything)

The idea of growing old and retiring is probably bad enough for men; after all, it all harkens back to the provider impulse that we’ve already mentioned. Without a job, it raises the question, “if I’m not a working man, then who am I?”

It’s a fear that cuts across socio-economic boundaries. Regardless of earning potential, men tend to define themselves by what they do, and by what they aspire to do. The idea of retiring, especially when a guy doesn’t feel he’s accomplished much, can seem absolutely unacceptable. And the accompanying perception of feeling irrelevant can be an intolerable blow to the ego.

Possibly the most classic male fear of them all, though, involves going bald. According to a survey conducted by the UK’s Daily Mail newspaper, a whopping 94% of men feared going bald. This percentage trumped impotence, getting fat, wearing glasses and even losing teeth by a fairly wide margin.

So there you have it. While men are ostensibly simple creatures filled with bluster and swagger, they also have their insecurities. While men clearly possess a wide variation of emotions and are capable of thinking beyond these hang-ups, these five things are more or less universal when it comes to men and their fears. The majority of men will doubtlessly spend most of their lives trying to overcome them.

Jane Miller is a freelance writer who loves to write about anything from tech to mommy stuff. She is featured in many blogs as a guest writer, and can write with authority on any niche or subject.