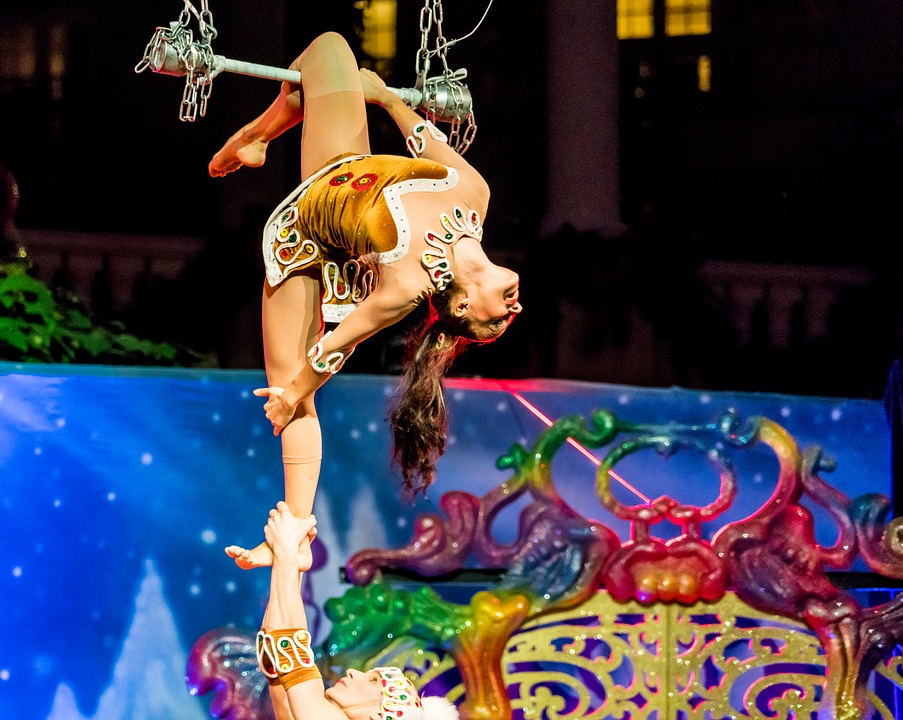 If you are going to go to Vegas then you simply cannot miss out on one of the many amazing shows which are on offer here on the strip. Entertainment and Vegas go hand in hand and for many years this has been the entertainment capital of the world. These stages were once graced by the feet of the very best in music and theatrical entertainment and these days things are no different. To help you pick which is the right show for you, we have put together some of the best which you can find on the strip in 2019. Cirque du Soleil have been around for almost 35 years and throughout that time they have very much left their mark on what a stage show is, and they have managed to raise the bar extremely high. This Michael Jackson themed show is packed with high-flying acrobatics, dancing and a light show that will blow you away, not to mention the great music of one of pop’s biggest legends.

Absinthe is a show which took Vegas by storm when it opened at Caesar’s Palace and just about every night since has been a sell out. The show is all about gymnastics and acrobatics as well as a touch of weirdness to boot. Anyone who wants to witness humans performing mind-blowing feats needs to see this show and you can even get discount tickets to see Absinthe if you look online before you go.

There are few people more famous in the world of magic than legendary duo Penn & Teller and they have very much made Vegas their home during their careers. You can see this amazing magic show at the Rio All-Suite hotel and casino and you will be mesmerized as they perform illusions and magic tricks such as catching bullets with their teeth to sawing each other in half. Not only are Penn & Teller outstanding magicians, they are also brilliant entertainers who offer one of the finest shows on the strip.

This dance troupe found fame after winning ‘America’s best dance crew’ and they were duly given their own residency at the  MGM Grand, one of the best entertainment venues in Las Vegas. This show is breathtaking and watching the crew bust through their original and high-tech moves will leave you feeling energized and exhilarated. The moves which they carry out are simply mind-bending and it is a night that you are not likely to forget in a hurry.

Cirque du Soleil have a number of shows on the strip and in truth we could compile this list purely with their events. The performance of ‘O’ which they put on at the Bellagio however is by far and away one of the best that the company offers and it is centered around the power of water. You will watch these highly talented individuals leap, swing, flip and glide over the water in an acrobatic showcase which really isn’t like anything else that you have ever seen.

Which will be the show that you choose?