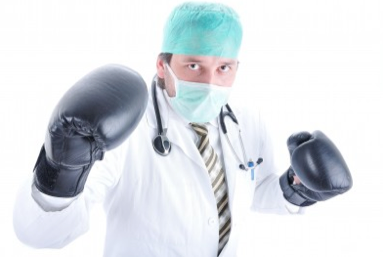 These days, it seems that you cannot turn on the news without hearing another tragic story related to bullying. Children as young as middle-school age are taking their own lives as a result of the torments and taunts of others, while just many young people suffer in silence, never telling anyone of the abuse they face at the hands of their classmates, or even perfect strangers on the Internet.

However, bullying is not limited to school hallways and social media, nor is it limited to kids who may or may not know better. Bullying is just as common among adults, and it is a serious problem in many workplaces, including in health care settings. It seems ironic that the very people charged with caring and healing others can be among the cruelest to their co-workers, but according to one study, more than half of nurses have experienced some type of verbal abuse or threats while on the job from co-workers or supervisors.

And the impact is serious. Nurses who are being bullied at work, whether by doctors, other nurses or co-workers are not able to focus on the important tasks at hand and often experience other serious problems due to their unhealthy work environments. As a result, a number of important initiatives are underway to raise awareness of the problem and empower nurses to end the culture of workplace bullying that has become the norm in many health care environments.

“Can’t You Do Anything Right?”

Britain’s National Health Service is often held up as a model for health care delivery, but according to a recent survey of more than 3,000 nurses, the working environment for health care professionals might not be as rosy as one might imagine. Seventy percent of the nurses surveyed reported that they had been bullied by a supervisor or co-worker at some point in their careers, and more than half reported seeing other nurses being berated by others. The most common complaints included being yelled at by others, being the target of angry outbursts, being publicly humiliated in front of patients or co-workers and being deliberately ignored. Some nurses also reported that others withheld key information that led to mistakes or embarrassment.

In the U.S., the situation isn’t much better. A 2011 American Nurses Association survey of 4,600 nurses found that the number of nurses concerned about being assaulted at work, either verbally or physically, had increased by almost 10 percent since 2001.

The result of all of this bullying is that many nurses experience enough psychological distress that they actually opt to leave the profession entirely and seek a less stressful working environment. Victims of bullying often experience lasting effects, including anxiety, panic disorders and other emotional problems, which for a nurse who must remain calm and collected at all times, can make doing the job exceptionally difficult.

Because patient safety and quality care are of the utmost importance, several major health care organizations have taken steps to combat the problem. The Joint Commission, an independent credentialing agency, has established guidelines for all facilities that call for health care providers to institute a code of conduct and acceptable behavior standards, as well as a procedure for managing behavioral problems among staff.

The American Nurses Association, the largest professional organization for nurses, also adopted a resolution to help end the problem of bullying in the workplace. The resolution not only calls upon nurses themselves to uphold a code of ethics that condemns bullying and harassment in all forms, but also challenges employers to develop clear anti-bullying policies and procedures to protect nurses. Many nursing education programs, including RN to BSN programs, have begun including additional info about workplace violence and bullying prevention in their curricula as a result of the ANA resolution.

However, despite these resolutions and regulations, the problem still persists. Nurses who witness bullying, or are victims themselves must report the incidents to supervisors or (if the supervisor is the offender) to the next in the chain of command. Nurses need to familiarize themselves with company policies regarding bullying, and make every effort to uphold those policies.

Bullying in the health care environment not only hurts nurses, it also affects patient care. Nurses owe it to themselves and their patients to stand up to bullying and contribute to a healthy, respectful and caring health care setting.

About the Author: Vicki Lynn Gagnon is a registered nurse who serves on her hospital’s anti-violence and bullying task force. She considers herself fortunate to have enjoyed a 12-year career in nursing with a group of polite, respectful and caring co-workers.