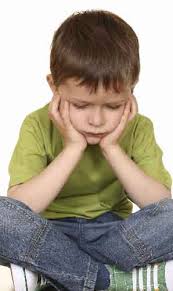 They may be popularly associated with sullen adolescents and treated as something that people ought to grow out of, but mood disorders actually affect people of all ages and can be very serious.  They affect almost ten percent of adult Americans in any given year. The real tragedy of this is that most of those cases are treatable.  For the vast majority of sufferers, mood disorders do not need to cause ongoing suffering.  With the right medicine or the right cognitive therapy, those afflicted by them can go on to lead stable and rewarding lives.

Everybody suffers from bad moods sometimes.  There’s nothing pathological about simply feeling unhappy one day, or feeling irritable, or behaving impetuously, especially when it’s possible to pinpoint a cause.  When these feelings go on for over two weeks, however, and when they are particularly severe, it often means that something is wrong.  Problems like this can often be accompanied by other symptoms such as lack of or abundance of energy, insomnia, sudden weight gain or loss, panic attacks or dizzy spells.  Intense feelings of anxiety and the inability to let go of negative thoughts can also be an indicator.  If two or more of these symptoms occur, it’s a good idea to see a doctor to find out if there could be an underlying cause.

The most common types of mood disorders are the depressive disorders, which most commonly develop in the prime of life.  Around a quarter of women and 15% of men will suffer from a problem like this at some point in life.  It’s important to realize that they are not an indicator of weakness, though they can indicate that the sufferer has been shouldering too large a burden.

Talking therapies for depression aim to help sufferers manage the symptoms more effectively and tackle any contributory causes in their lives.  Not every emotionally difficult situation is easy to resolve but approaches like cognitive behavioral therapy can provide the tools for coping more effectively.  Where this is ineffective, there are a variety of drug treatments that can be tried, such as Prozac.  Different patients respond differently to drugs so a few types may need to be tried, but the majority of people soon find something that helps.

Formerly known as manic depression, bipolar disorders can be distinguished by the fact that they incorporate an element of mania.  This may manifest simply as feelings of exuberance or it may involve risk taking (such as careless spending) or aggression.  Bipolar people find their moods swing up and down so it’s difficult to predict how they’ll feel on any given day.  It’s harder to tackle this with talking therapy but drugs like Geodon have proved effective for many patients, and you can buy Geodon discreetly over the Internet.

Some people with bipolar disorder may experience psychosis with delusions or even hallucinations, but there are also drugs that can help stabilize these symptoms and make it possible to live a normal life.  The most important thing is simply to seek help.