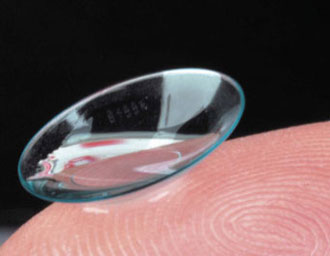 The most immediate benefit of contact lenses – offering unimpeded vision correction without the hassle and inconvenience of glasses – has been known for many years. You can find out more about the advantages of lenses here.

In a recent development, it has come to light that these products can offer more far-reaching health benefits. A study by the School of Dentistry at the University of California, Los Angeles (UCLA), showed that contact lenses embedded with nanodiamonds could significantly improve glaucoma treatment.

Read on to find out more about this pioneering research and how it could help the human race tackle this eye disease in future.

The growing threat of glaucoma

In a statement announcing the research results, the UCLA School of Dentistry pointed out that nearly 80 million people are expected to have glaucoma by 2020.

The term glaucoma refers to a group of eye conditions that affect vision and can cause blindness. The disorder occurs when there is a blockage in drainage tubes within the eye, meaning fluid does not drain properly. This results in a build-up of pressure that can damage the optic nerve and the nerve fibres from the retina.

The most common form of the disease is chronic open-angle glaucoma, which develops very slowly.

At present, doctors generally prescribe eye drops to treat the condition. However, patients often struggle to stick to the dosing schedules and sometimes experience side effects in the eye and other parts of the body.

In what they suggested could be a “significant step forward” in furthering the treatment of glaucoma, the UCLA School of Dentistry researchers announced they had developed a drug delivery system that could address the problems of side effects and compliance with treatment schedules.

Scientists bound together drugs that tackle glaucoma with nanodiamonds and embedded them into contact lenses. The drugs are released when they come into contact with tears.

The study results showed that, as well as helping to treat glaucoma, the system improved the durability of the lenses.

Nanodiamonds, a by-product of mining and refining processes, can be used to bind a range of drug compounds. They were combined with timolol maleate, a glaucoma treatment commonly used in eye drops, which is released when it interacts with lysozyme, an enzyme found in tears.

Kangyi Zhang, co-first author of the study, said: “Delivering timolol through exposure to tears may prevent premature drug release when the contact lenses are in storage and may serve as a smarter route toward drug delivery from a contact lens.”

Dr No-Hee Park, dean of the School of Dentistry, said the latest discovery represents the “pipeline of innovation” that is coming from the team led by Dr Dean Ho, professor of oral biology and medicine at UCLA.

A similar study was published in December 2013, with researchers at the Massachusetts Institute of Technology and Massachusetts Eye and Ear/Harvard Medical School Department of Ophthalmology, Boston Children’s Hospital, announcing that they had moved closer to an “eye drop-free reality” for people with glaucoma.

The scientists developed a drug-eluting contact lens designed to deliver latanoprost, a drug commonly used to treat the disease. They encapsulated latanoprost-polymer films in contact lens hydrogel, creating a system that could deliver large amounts of the drug at consistent rates over weeks or months.