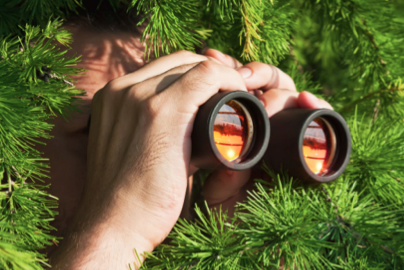 When you file a disability claim and seek compensation from your insurance company, it’s not always a straightforward process of completing some paperwork and collecting a check. Insurance companies want to protect their profits, and are generally reluctant to pay claims based only on the word of the policy holder.

As a result, sometimes even if you have a legitimate claim and sufficient evidence to support it, the insurance company uses surveillance in order to be positive you are, in fact, disabled and unable to continue working in your current capacity. They will employ investigators in an attempt to “catch” you doing something proving you aren’t actually disabled.

Such surveillance is legal, and it can have a devastating effect on your disability claim. Even in states like California, which have some of the country’s strictest privacy laws, lawyers representing disability claimants have had to contend with surveillance footage appearing to contradict claims. If you are filing a disability claim, receiving disability payments or the plaintiff in a suit against an insurer, it’s important to protect yourself against its potentially harmful effects.

You’re at home and the phone rings, but no one is on the other end of the line. Later, while you take out the garbage, you notice an unfamiliar car parked a few doors down, with someone in the front seat. A few days later, you receive another hang-up call, and again, the same car is down the street.

It might sounds like something out of a spy thriller, but if you begin noticing things like this, there is a good chance insurance company representatives are watching you. Some of the signs you are being watched include:

Unfortunately, you might not realize you are under surveillance until it is too late, and the insurance company denies your claim or stops payments. It’s best to always assume you are being watched, and behave accordingly. It is legal for insurance investigators to watch you and make recordings of your activities while you are in public, which includes the exterior of your home. In fact, some investigators have even taken photos and videos of claimants through the windows of their home; this evidence is often dismissed in court, but it does underscore the importance of constant vigilance and the need to take steps to protect yourself.

Surveillance Does Not Equal Denial

If the insurance company decides to conduct an investigation using undercover surveillance, it does not automatically mean your claim will be denied, especially if your activities are consistent with the injuries you claim to have sustained.

In fact, many courts take a dim view of surveillance for several reasons. First, surveillance footage does not always provide context for a claimant’s actions. For example, if you are captured on tape entering a workout facility when you are supposed to be injured, the tape doesn’t show possible scenarios probably like you went in to cancel your membership or to visit a friend who is an employee, neither of which is related to your condition.

In addition, surveillance footage does not always tell the entire story. Just because you can carry your groceries into your home does not mean you can successfully perform your work duties involving standing for eight hours straight. Being injured and disabled does not necessarily mean you cannot do any physical activity, but you can no longer perform those activities vital to your job, and surveillance footage does not always accurately reflect your abilities.

Finally, surveillance footage is not always admissible due to the means in which it was acquired. If you and your legal team can prove the evidence was gathered illegally or outside of the ethical parameters of investigative techniques — investigators asked neighbors for information and revealed personal medical information for example — it may be deemed inadmissible.

The possibility of surveillance means it’s important to get the advice and assistance of an attorney early on in the disability claims process, and keep him or her informed of anything even hinting of surveillance. If you suspect you are being watched or followed, the best course of action is to contact the police and your attorney; never confront investigators on your own. It might feel disheartening or even insulting to be watched when you’ve done nothing wrong, but you can never be too careful and too alert.