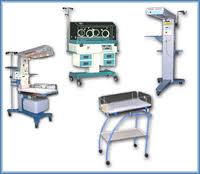 Technology has come a long way in the past decade, especially modern medicine. However, it’s not just the pharmaceutical industry that has taken huge steps forward. Medical equipment has also evolved significantly. Pediatric medical equipment in particular has taken great strides, but the process has not been easy. Children present a special challenge to the development of new medical technology. Overall, children are healthier than adults, meaning that most resources are focused on adult health care technology and equipment.

As a result, the market is small and specialized, meaning that demand is lower. This drives up manufacturing costs, often to the point where they become cost-prohibitive. Second, children themselves are small. Everything must be made smaller, and in the case of infants, equipment must be made even smaller, which makes production and implementation very difficult. Yet this certainly hasn’t stopped pediatric medical equipment from evolving into the future. Let’s look at some examples.

Wheelchairs have been around for centuries. The modern era of manual wheelchairs began in the late 19th century, and production of automatic wheelchairs followed about half a century later. Because children outgrow their chairs so quickly, there was never a large market for these specialized items. However, as manufacturing costs lowered in the 20th century, the development of pediatric chairs progressed. More were manufactured, and designs began to vary. The automatic standing wheelchair became more popular for adults, and manufacturers began developing specialized pediatric models. Today, wheelchairs of all varieties are available for all demographics, and pediatric patients have better access than ever to mobility products.

Some technology is slightly easier to adapt to children. For example, many x-ray machines are suitable for adults and children. However, there is one problem. Children tend to not sit still, which is required when taking x-rays, and it isn’t practical for someone else to hold them during an x-ray. Pediatric x-ray chairs were developed as a solution. The chairs offer gentle but secure immobilization of young patients, keeping them still for the duration of the procedure. Usually, they are fully adjustable for a wide range of children, from infants to toddlers.

Medical implant devices and surgical equipment are some of the most expensive pediatric medical technologies. It is not possible to extensively test new devices on children before introducing them to the market; so many manufacturers do not receive adequate funding. Since the start of the 21st century, there has been significant growth in private pediatric research funded directly by children’s hospitals. Especially troublesome are congenital heart defects in children. It is one of the leading causes of death among infants, and often the condition can be corrected with the proper surgery. Yet, performing open-heart surgery on a tiny infant is challenging, to say the least. One doctor begged prominent medical device manufacturers to develop a special heart stint for small children, but they cited budgetary concerns and instead recommended that he use an abdominal catheter meant for adults. After the doctor successfully performed multiple heart surgeries using the adapted device, he was able to effectively create a market for a new product, forcing manufacturers to produce it.