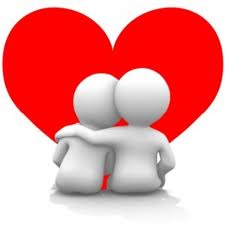 The risk of coming in contact with a sexually transmitted disease or STD is a very real one for teenagers, young adults and men and women into their golden years. Over 25 different diseases are spread primarily through sexual activity and more than half of all people will be infected with one of them in their lifetime. While sexually-transmitted diseases have existed for millennia, it was the rapid increase in cases of human immunodeficiency virus (HIV) and AIDS in the late 70s and early 80s that brought attention to the volume of sexually-transmitted infections and the importance of safe-sex practices.

In addition to HIV, a number of other STD’s are commonly reported among sexually-active men and women of all ages as well as sexually-active teens.  Among these are chlamydia, genital herpes, gonorrhea, hepatitis B, hpv or human papilloma virus, trichomoniasis, syphilis and bacterial vaginosis.  Bacterial vaginosis is not technically a sexually transmitted disease but it is associated with sexual intercourse and is therefore included in the group.

It is estimated that upwards of three million people contract chlamydia in the United States every year and it is the most often reported infectious disease in the US. The majority of reported cases are women, but men likely contract the disease at the same rate and simply are not detected through the screening processes that are more directly aimed at women.

Over half a million people become infected with gonorrhea in the US every year. Men and women frequently have few if any symptoms and untreated gonorrhea may cause localized infections and may even spread throughout the body effecting the joints and damaging the valves of the heart.

While many STD’s such as chlamydia and gonorrhea may be easily cured with early detection and antibiotics, there are four STD’s that have no known cure: Hepatitis B, HIV, hpv and genital herpes.

While there are no cures for these particular STD’s, there are some helpful treatments and preventative vaccines available.  Outbreaks of genital herpes can be controlled with prescription medications and treated topically as well. Hpv rarely displays symptoms but when it does they are usually in the form of genital warts of some kind.  These can be treated and even removed if too uncomfortable.  Vaccines are currently available for Hepatitis B and hpv to effectively prevent infection.  Major steps forward have also been made in the treatment and prevention of HIV/ AIDS, including the improved “cocktail” of medications, including anti-retroviral medications, and development of a vaccine for the disease is on the horizon.

Of course, the most important and obvious way to prevent contracting an STD is to diligently practice safe sex. Practicing safe sex by using a condom has been proven to be the most effective means of preventing the spread of STD’s. If used correctly, condoms reduce the chance of contracting an STD to less than three percent.

While many STD’s such as chlamydia and gonorrhea may be easily cured with early detection and antibiotics, there are four STD’s that have no known cure: Hepatitis B, HIV, hpv and genital herpes. There are many confidential testing methods and centers (and many companies such as STDCheck.com offer private testing that you can order online or by phone) available that should make it easier for anyone to get testing.