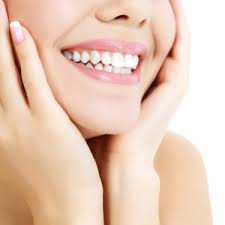 When it comes to straight, impressive smiles, some of the best come from – you guessed it – Hollywood! Celebrities are no stranger to procedures and treatments to help them look their best, but while you might know all the ins and outs of who’s had their lips or eyes done with botox, figuring out who’s had braces is a bit more difficult. Ever wonder which celebrities have enjoyed a period with a metal grin thanks to the orthodontics courses their orthodontists wen on? Check out these names below – some of which you might find surprising!

Believe it or not, the second youngest of the Kardashian/Jenner clan had braces from a young age. Around thirteen she had traditional braces which she then swapped out for Invisalign braces when she was a bit older. The result? That stunning, white grin she sports today that is the envy of almost everyone.

You might think that supermodels are born with it all, but that just isn’t the case! Cindy Crawford had braces as a teenager in order to secure that sultry smile she’s so famous for. When she was just starting out in the modelling and acting community as a teen she wanted to get her teeth straightened out for aesthetics and she never looked back. Now she’s enjoyed a full career in acting and modeling along with a great set of chompers at the forefront of most photos.

This actress had slightly crooked teeth when first filming ‘Harry Potter’ and decided afterwards to get her teeth adjusted so they reflected her more mature film work in the future. After all, you can only rock Hermione Granger’s awkward grin and frizzy hair for so long before it gets, well, just awkward. Ever since taking on the challenge of traditional braces to straighten her pearly whites out, she’s been rocking a smile to die for. The interesting thing to note is that while Watson opted for traditional braces she could have also chosen Invisalign as her teeth didn’t need too much work done to make them as straight as possible.

Most people are surprised to hear that one of Hollywood’s super hunks ever sported braces, but it’s true. As a young actor, Cruise was missing teeth and suffered from discoloured, broken and misaligned teeth as well. Cruise’s smile was a bit off kilter and so he wore traditional braces for a number of years to correct the alignment as well as underwent a number of various procedures to get that perfect smile he has today. Some may remember the photos that surfaced in the early part of the 2000s of Tom Cruise sporting ceramic braces to help tune up his smile, going to show that even as an adult it’s never too late to fix your grin.

So whether you need just a bit of a fine tune or you want a whole dental overhaul with your teeth, you can see from these top Hollywood stars that it’s never too early or late to start enjoying a better smile.